East Providence High Receives an A+ 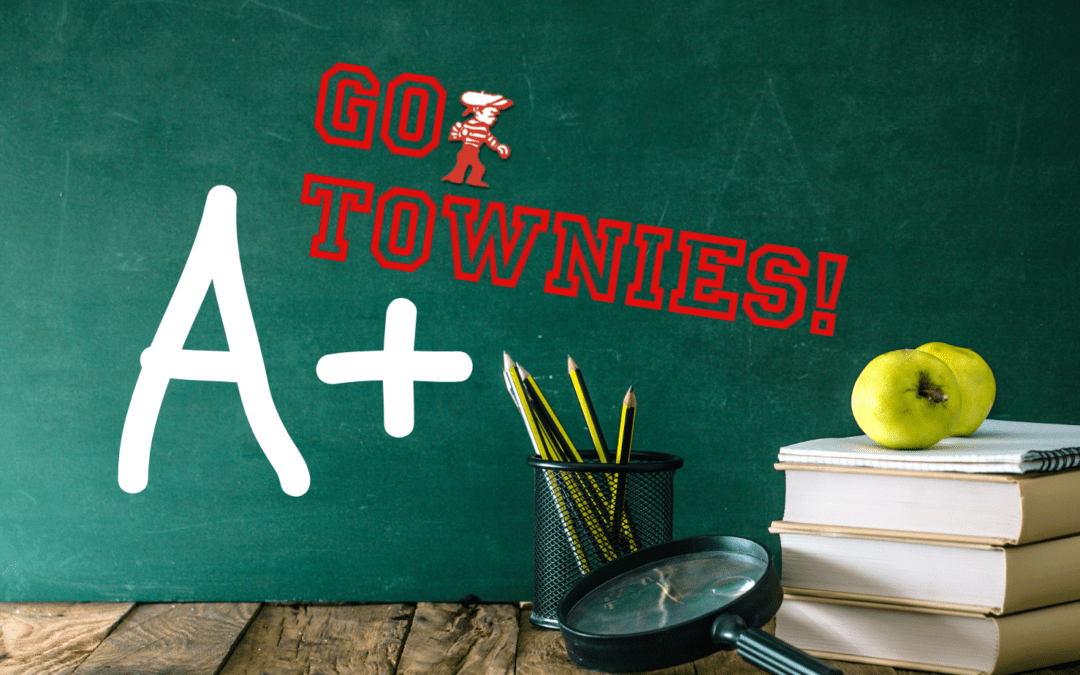 “But, schools don’t get graded.”

In an institution heavy on graded learning, indeed, they haven’t received grades. Until now! East Providence High School in Rhode Island has shown excellent research skills, top critical thinking, and brilliant decision making this school the valedictorian of high schools. This year, East Providence High has chosen to improve its athletic field into a fully sustainable system with the highest safety features available -placing athletes and the environment first while setting an example for the kids who will face similar decisions in their future. Is there a grade higher than an A+? If so, granted -East Providence receives an A+++, and here is why:

What seems to be an easy decision on their part is, in fact, a battle amongst itself. You thought trying to get your teenager to do their homework was difficult -it’s nothing compared to the turf homework needed to make a massive ($$$$) decision like reworking an entire field. Thankfully, the city of Providence offered a helping hand with their 2021 environment initiatives leading the way.

The Office of Sustainability and the Environmental Sustainability Task Force (ESTF) hired their first director of sustainability back in 2011 and have done some great work ever since. In 2019, before the world stopped, they released the Climate Justice Plan -the city’s roadmap for emission reduction, environmental justice, and climate resiliency. With the plan to become carbon neutral by 2050, plans needed to be set and followed.

Providence is on the correct path to a better future, and East Providence High is rightfully following suit. The future is bright, and we are bathing in their light!

What makes their decision so unique and worthy of such a high-scoring bracket? Their decision in choosing the best artificial turf system. Instead of choosing the status quo field system, they decided to see the field as essential safety equipment like helmets, pads, and water and went another way -the athlete safety way. In today’s world, where sustainability can be at the forefront of decisions, with player safety running alongside, East Providence High School is the pinnacle of artificial turf evolution.

Did you know that a typical turf field with crumb rubber infill can heat to 160 degrees Fahrenheit, causing dehydration? Or that those same subpar fields can cause unnecessary slips leading to numerous lower extremity injuries, and most important to question and possibly life-changing, they can cause head trauma? Side note: when I say subpar, I don’t mean aesthetically -looks can be deceiving. These facts are all true and happen regularly -one concussion is too many, one player passing out of dehydration is one too many -you get the point. Thankfully the turf industry has evolved, and East Providence is on the evolutionary train.

Just like the evolution of sports helmets over the years, the turf industry has also evolved. 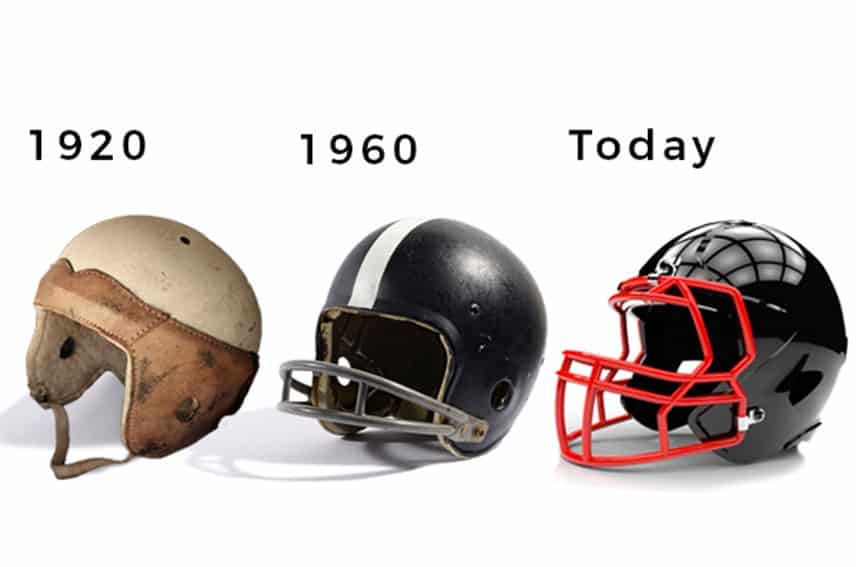 Brock USA developed a turf system entirely devoted to athlete safety, including a shock-absorbing pad below the artificial turf grass and a 100% organic infill tested for better foot stability than any other product on the market. Art Eddy, Principal at Traverse Landscape Architects, spearheaded the  fully recyclable transformation, paving the way for future safer fields with what is known as, The Safer System, which includes:

Engineered for the demands of football and multi-sport fields. A rugged turf you can integrate with pad and infill system to create the ultimate field of combat. Reduced infill compaction and splash improve safety by providing consistent GMAX.* Blend of diamond and XP fibers*

The premier shock pad that reset the standard for artificial turf safety and performance. A totally consistent and stable feel underfoot, PowerBase YSR™ provides the ideal balance between shock absorption and field stiffness, plus rapid drainage even during the most massive storms to keep the game going!

Highly engineered wood particle infill specifically designed to improve traction and reduce artificial turf heat. Made from a species of southern pine grown, harvested, and replanted in continuous cycles. Through an 11-step conditioning process, we created a durable, affordable, and renewable organic infill produced here in the USA.

The Future Starts in School

Author Ivan W. Fitzwater once wrote, “The future of the world is in my classroom today,” and boy was he correct. It is the young athletes that will entertain us as future pros; it’s the young science nerds that discover illness cures; it is the debate youth that becomes world leaders -it is the student with a voice that drives for change.

As we have seen from the Gretta Thunberg lunch strike movement, environmental issues are paramount, and the youth of the world is on fire for change.  Roughly 57,600,000 kids between the ages of 10-19 years of age are on TikTok, where these generations share what matters most to them. Young influencers are reaching millions of peers with their posts, hashtagging #climate change and #sustainable -which have over a billion views between them. Students are being heard, even if it’s amongst themselves. It would be a mistake for adults to ignore.

As Gretta Thunberg knows well, one student can make a change. In an article by the RollingStone reporter, Kate Aronoff writes,

Tens of thousands of students in nearly 300 towns and cities from Australia to Uganda to the U.S. to Japan have joined her #FridaysForFuture protest. In Belgium, at the end of January, more than 30,000 students walked out of classes. A worldwide strike is (was) planned for Mar. 15, with events planned in more than 50 countries. “Before I started, I didn’t expect anything,” Thunberg says. “I could have never imagined this reaction. It’s crazy.”*

Thunberg says. “Change is on the horizon, but to see that change, we also have to change ourselves.”

Thankfully, East Providence High School was listening! By choosing an organic infill, East Providence saved about 240,000 lbs. or 120 tons of typical crumb rubber (microplastics) from entering their world. Their shock pad is cradle-to-cradle, which means it’s fully recyclable. And the artificial turf they now have is also recyclable. If this system doesn’t meet the highest praise/rating criteria, I don’t know what does. So, from a fellow safety advocate,

Congratulations on your new field, East Providence High, and well done -you get an A+++ in my book.