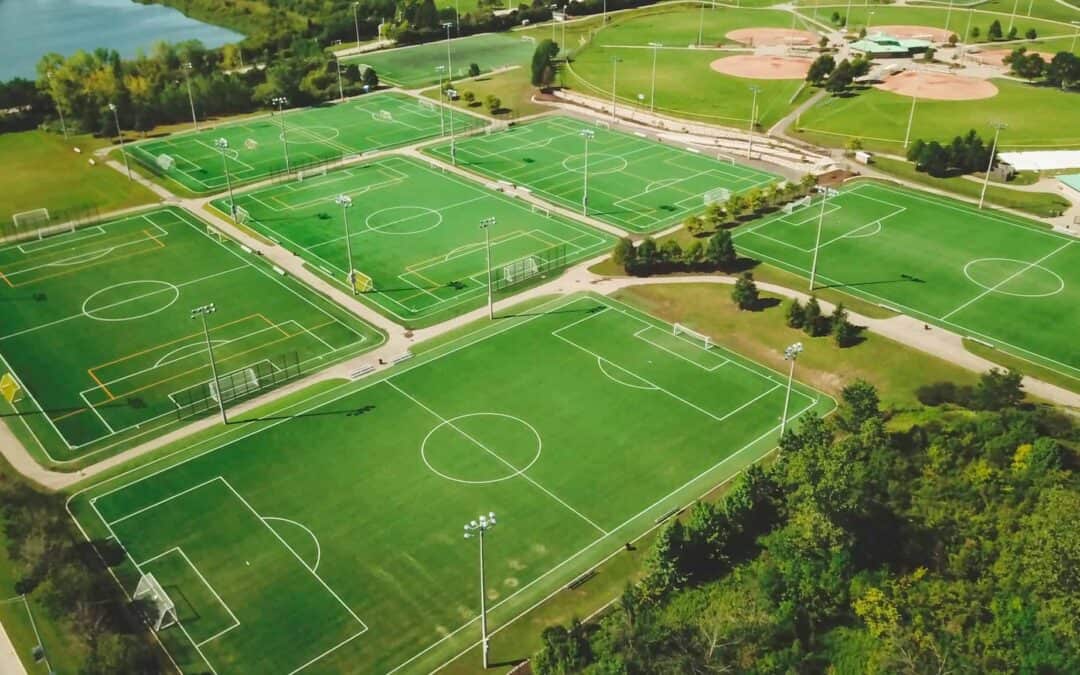 Schaumburg, IL – Olympic Park is a 72-acre site boasting over 550,555 sq. ft. of synthetic turf for soccer. Since the park opened in 1995, it has hosted thousands of matches which led them to choose synthetic turf with a shock pad as the safest playing surface to handle all of the foot traffic from local athletic events and regional tournaments, according to Todd King, Superintendent of Parks and Planning for Schaumburg Park District.

Brock USA, the nationwide leader in engineered shock pads, partnered with synthetic turf giant, FieldTurf, to install three fields in 2018 and are replacing three more fields for completion this summer. The fields all feature Brock’s ShockPad/14 system made from polypropylene which allows the synthetic field to play more like a natural grass field in terms of safety – by helping to reduce the risk of head and lower extremity injuries, provide more natural ball bounce, and better cleat-to-turf interaction for the athlete.

“I’m a big fan of the new fields with the shock pad because the ball hugs the floor better and there are no unnatural hops. It just plays better. If it extends the life the of the field, then that is a big plus for organizations, especially when you consider the added safety value.”

Olympic Park’s highest profile tenant is Sockers FC Chicago, one of the most successful US Soccer Development Academies in the country, and was the home to many male and female professional players like Michael Bradley, Jay DeMerit, Katie Naughton, and Jonathan Spector.

King says, “Our participants have noted that the fields feel similar to real grass fields.” He chose to use a shock pad because “it offers a consistent, safe surface for our new fields.” Another perk for Olympic Park in choosing a ShockPad/14 system is the durability it offers. The pad has a warranty guaranteeing at least 16 years, which is about two life cycles of turf.

FieldTurf installed their Vertex Prime turf comprised of specially designed slit-film fibers and high performance rigid monofilament fibers. The fibrillation process of the slit-film component allows for proper infill encapsulation while the monofilament fibers facilitate grass-like ball roll. Both fibers are tufted together in the same stitch for a superior aesthetic appearance. They included an organic infill called PureSelect made from three materials: sand, olive cores, and an extruded composite (EC) topdressing called CoolPlay. Together it is environmentally friendly, locally sourced, and helps to reduce heat on the field. This turf system added with the Brock artificial turf shock pad, will provide peace of mind and great playability for years to come at Olympic Park.