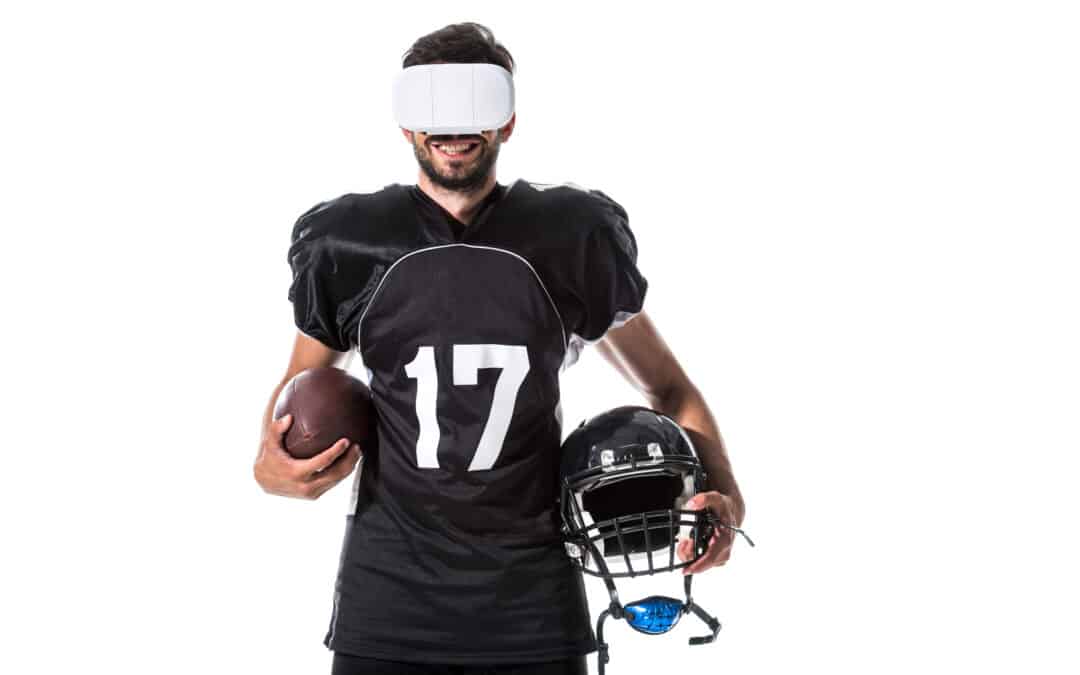 Dartmouth Football gained notoriety when they implemented robotic tackling dummies instead of tackling each other and was featured in the NFL media campaign, “The Future of Football.” Legendary Head Football Coach, Buddy Teevens, highlighted how coaching is changing, with an increasing eye toward player safety, and how every measure – from safer fields to practice protocols – helps make the game safer.

Now Coach Teevens is trying to keep his players out of harm’s way by making use of virtual reality goggles. There is absolutely no risk of injury to anyone when using virtual reality goggles and players can take as many reps as they want without feeling fatigue, a great way to master the playbook, according to Teevens.

His philosophy of player safety has been built from the ground up – literally. In 2016, Dartmouth University upgraded their Memorial Field to include a Brock PowerBase/PRO shock pad system for the artificial turf. With his incredible concept of “no Dartmouth player will ever be tackled by another Dartmouth player,” they have led the Ivy League in tackles, won a championship, and “a whole bunch of football games.”

“We’re far safer now than we were with our old surface,” Teevens said. “Bringing in the new turf, the Brock surface, has been tremendous for us. It’s a little bit more forgiving. It’s going to take a little less impact to one of my players.”

Teevens received complaints and concerns from his coaching staff about the validity of not tackling. He was asked questions like “how are the players going to learn to hit” and “if they don’t hit other players in practice, they aren’t going to be tough enough in a game.” Teevens understood these concerns, but for him, player safety had to be a top priority.

“Either we change the way we coach the game,” Teevens said, “or we’re not gonna have a game to coach.”

In just the first year after imposing the tackling restrictions at Dartmouth practices, the team’s overall injury rate dropped by 80 percent. After the second year, concussions on the team had declined by 58 percent. Clearly, Coach Teevens’ strategy was working. His players were much safer and to top it off, they were enjoying successful seasons too. Since the 2014 season, Big Green has won 76 percent of their games, proving that ditching tackling in practice didn’t translate to ditching wins out on the field.

While Teevens has faced a bit of backlash for his ideas about changing the game of football, he has a lot of supporters who understand what he is trying to do for the game. One of those supporters is Chris Nowinski, Co-founder and CEO of the Concussion Legacy Foundation which works to further research for CTE and concussions.

Similar to Teevens, Nowinski also has a few big ideas to help fight against head injuries. Instead of getting rid of tackling in practice, Nowinski suggests that all youth football until high school should be no contact, flag football. Decreasing exposure to subconcussive head-to-head hits is the “No. 1 thing we can do to help football players,” said Nowinski.

Teevens’ ideas, while now fully accepted at Dartmouth, still remain unaccepted among other athletic organizations. Although the Ivy League went along with getting rid of tackling in practice, the league  recently dismissed some of Coach Teevens new suggestions; such as eliminating tackling during spring season or the pre-season and getting rid of kickoffs. These proposals were shut down quickly with the first defeated in a vote of 7 to 1, Teevens being the one, the latter idea didn’t even earn a vote. “I pretty much gave up after that one,” said Teevens.

At the moment people like Coach Teevens are few and far between, but more people with the foresight to see that change is necessary for football to grow and thrive are speaking up. The NCAA and football leagues at all levels will likely continue adopting safer practices and equipment in the future and the game will adapt to meet the findings of new research.

Dartmouth will face their first opponent of the season, Jacksonville University, on September 21st, at 11 a.m EST.