Bocce ball was popular among the Ancient Romans, but recently gained traction in the United States. The game involves throwing jack, and bowling bocce balls. Points are assigned based on how close the balls are to the jacks, and the first team to score 12 points wins. Synthetic turf is a popular choice for bocce ball courts, because players desire a fast surface with minimal bounce.

Bocce ball isn’t the only alternative sport that will be played at the Fallon Sports Complex. Several unique events have already been planned, including a “Quidditch” tournament, a sport played in the Harry Potter novels written by J.K. Rowling. The Bay Area Corporate Games will also be hosted in the park, a tournament that pits office workers from various companies against each other in sports like soccer, golf, and badminton. The games also feature an opening and closing ceremony.

The new baseball field will be home to another unique Dublin tradition, the Dublin Aces. The Aces wear throwback uniforms and adhere to the original rules from the 1880’s. Players have nicknames including “The Caper,” “Pasta,” and “Lucky.” The Aces are one of nine teams that play in the Bay Area Vintage Base Ball League. The Aces’ first home game on the new field will start at 10:30, immediately following the park dedication. 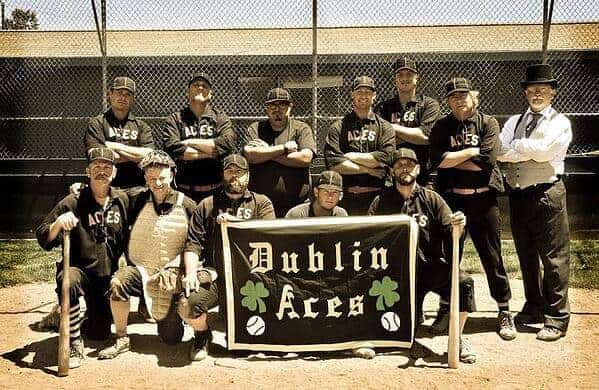 The Dublin United Soccer League is also excited about the Phase II expansions. The league holds two major tournaments a year, drawing 250 teams and over 4,000 players to Fallon Sports Complex. The new turf soccer fields will provide a safe and resilient surface that can withstand the demands of large tournaments.

Dublin spokesperson Shari Jackman explained, “Fallon is already known as a premier sports facility in the Tri-Valley. With Phase II, we expect to become a premier facility in Northern California.

Phase III of expansions will begin soon, and may incorporate a cricket pitch into the final design of the park.