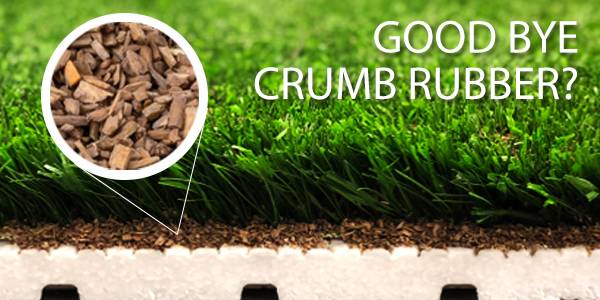 Boulder, CO  – Brock USA, the leading manufacturer of shock pads for artificial turf fields, has released the first affordable and durable organic replacement for crumb rubber infill for artificial turf – aptly named “BrockFILL™.” Artificial turf fields have four key components: a stone or concrete base, a quality shock pad – for impact absorption and safety, the turf itself, and the infill. The infill holds the turf fibers up, provides the traction, and some cushioning for the field. Traditionally, the infill has consisted of crumb rubber (those black specks seen splashing when players cut or dive) and sand, but crumb rubber infill has been the subject of numerous investigations and news articles related to human health and safety as well as environmental concerns. For this reason, companies have tried to find alternatives. The representatives from Brock USA believe they have found the replacement.

In late 2015 Brock USA began assembling a team of researchers from universities, sports testing labs, PhD scientists, engineers, horticulturists, and human test subjects from around the world to develop a safe and cost-effective organic infill. For three years the team worked to identify, test, and validate natural infill materials that could meet a long list of objectives. One material, not only met, but exceeded the team’s expectations according to Dan Sawyer, CEO of Brock USA.

BrockFILL™ utilizes a tried and true, safe raw material that has been used by mankind for centuries: wood. BrockFILL™ is an engineered wood particle infill that outperforms other artificial turf infills during rigorous durability, longevity, performance, abrasion, and safety testing.  BrockFILL™ provides better traction, less splash, better ball bounce, a more natural feel to an artificial turf field, and prevents the scorching hot temperatures caused by crumb rubber infill, according to a 156-page report combining all the independent research. 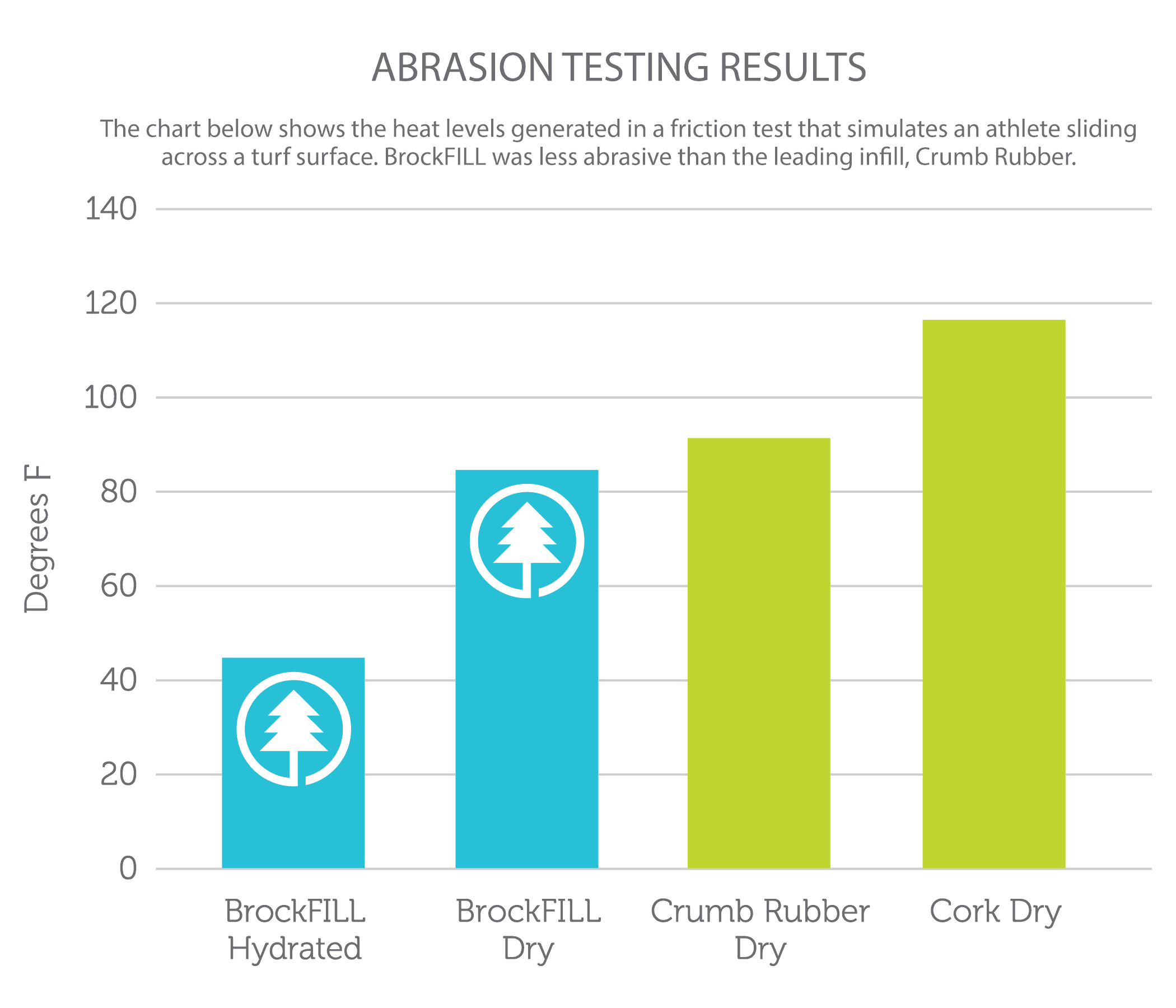 “Finding a way to make wood work as an infill was an elegant solution to a 25-year-old problem,” says Sawyer. “We use wood every day. To build our homes, baby toys, play sets, bowls and plates, cooking utensils, and in so many other ways.  So we knew from a human health perspective, it was a safe raw material.”

Environmentally, it’s a win-win for the industry. BrockFILL™ is sourced and made in the USA from sustainable tree farming of forests grown for the construction, paper, biofuels, and animal bedding markets. There is zero waste in the manufacturing process and no disposal hazards at the end of the artificial turf field’s life. Wood is even suggested by the Consumer Products Safety Commission as a preferred impact layer for surfacing in children’s playgrounds. BrockFILL™ also poses no issues related to human health or environmental exposure according to a comprehensive report by an independent third-party test laboratory, and is approved by the Office of Environmental Health and Safety for the Los Angeles School District, the largest school district in the country. But making wood work as a sports performance infill was a difficult task, so a proprietary nine-step production process was developed to get the ideal particle shape, size, and smoothness, remove all splinters and dust, and eliminate any microbes to prevent mold growth. 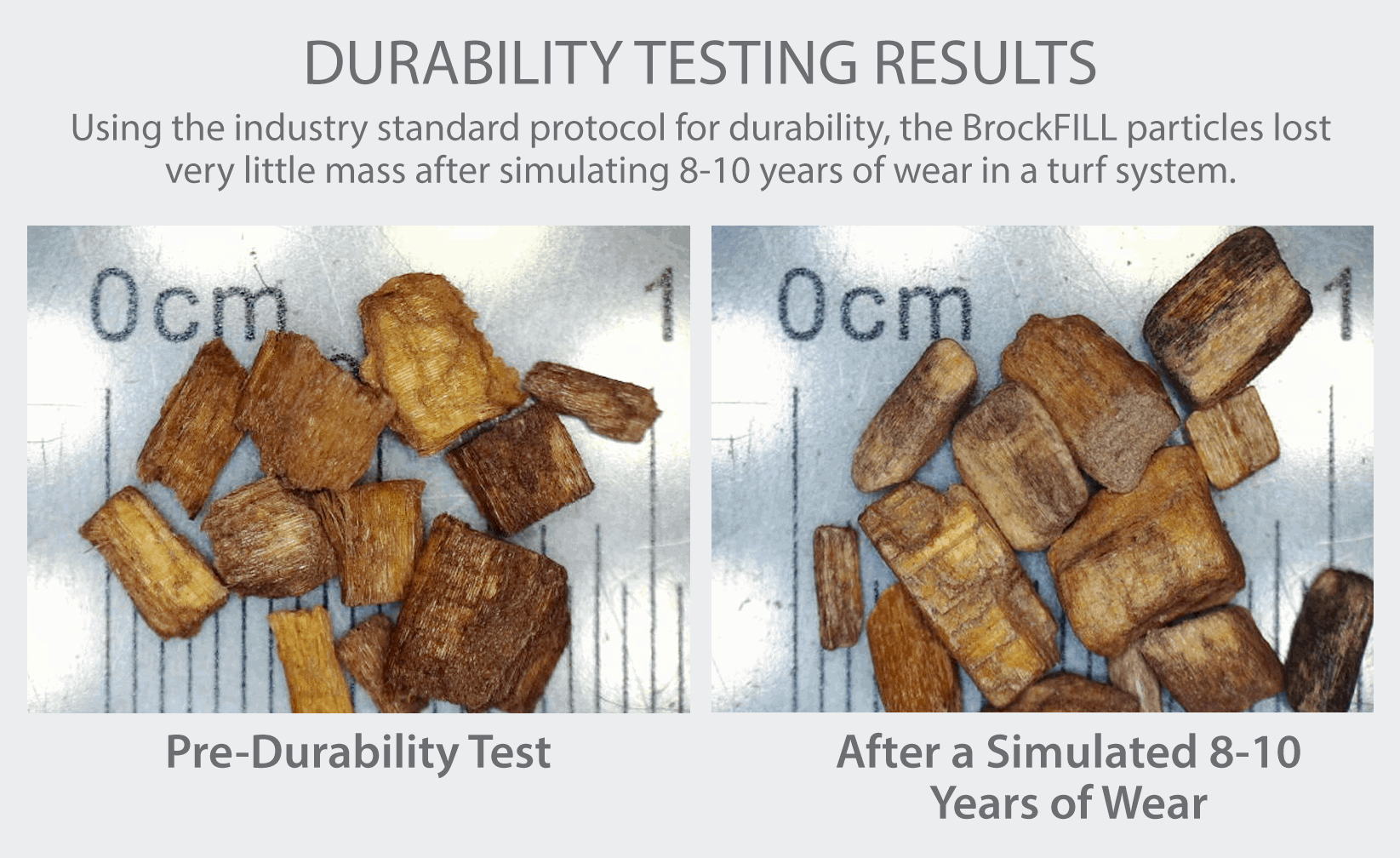 “The goals of the project were huge”, says Steve Keyser, COO and Vice President of Engineering at Brock USA. “We wanted to tackle all of the safety and performance issues for the athlete, but it also needed to be economically viable and not add significant cost to the product.  Using an organic, abundantly grown product from the USA allows us for the first time to provide a mass market product that competes with crumb rubber on price.”

The myth that rubber infill alone is enough to protect athletes and children from impact injuries is also crumbling. For nearly two decades Brock USA has proven the necessity of shock pads to be included in the systems to hit industry approved safety standards, including the newest ASTM standard for head injury. Yet fields are still being built directly over stone with crumb rubber as the only protection from head injury because it cuts costs.  The release of BrockFILL™ removes the excuse of cost in creating the safest playing fields.  Combined with a Brock Shock Pad, it’s the only system that meets the high impact safety levels of quality natural grass, which is still the most preferred playing surface by athletes.

Sawyer is optimistic, “Artificial turf is a great solution for so many clients, but our responsibilities as an industry have grown. We know more about athlete safety, heat stress, and brain injury, plus our planet needs sustainable solutions that are affordable. Laying turf over a rock base is a design of the past. Designing for the future means a turf system that is cooler, has a productive end of life solution, and elevates the safety levels to those of a great natural grass field. Now that system is here.” 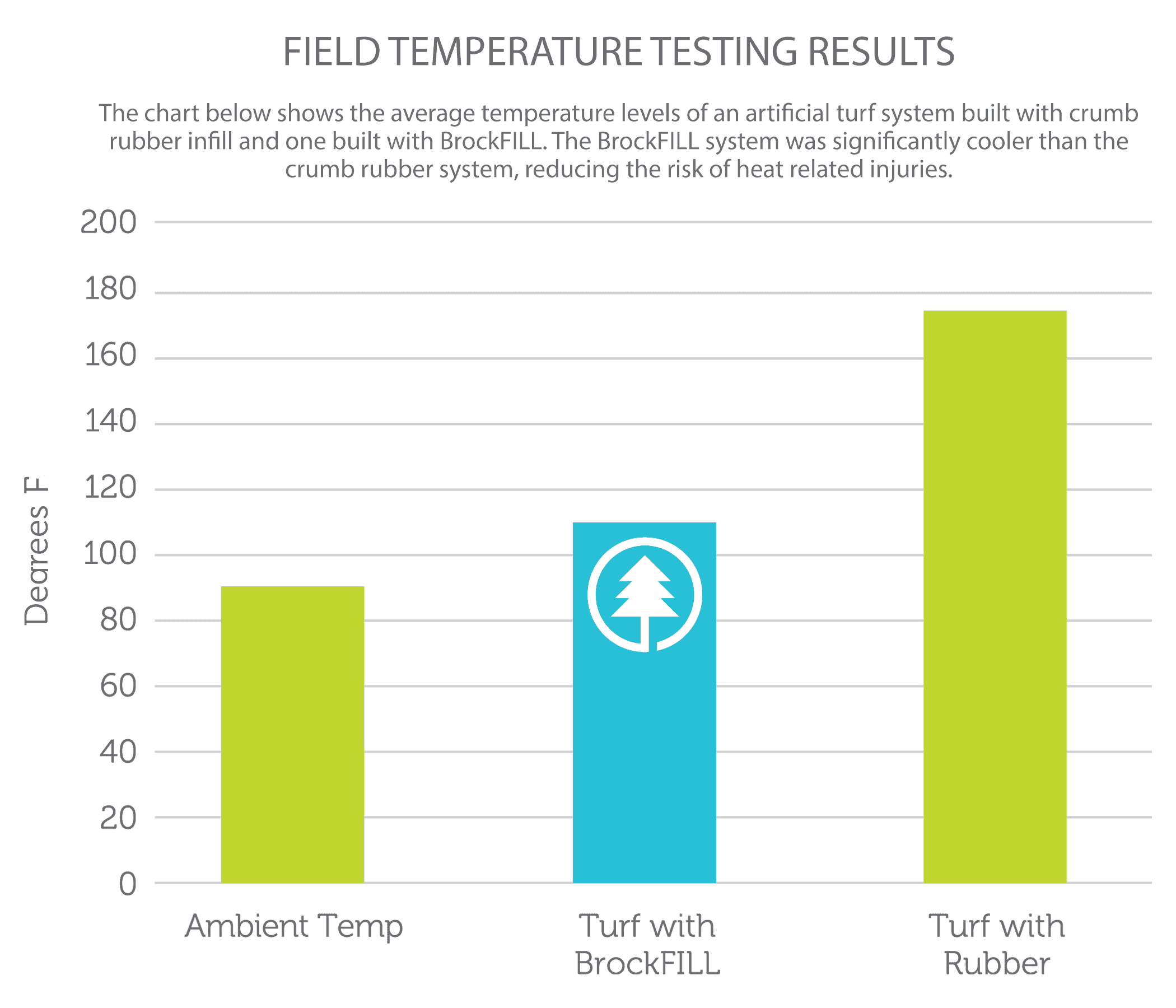