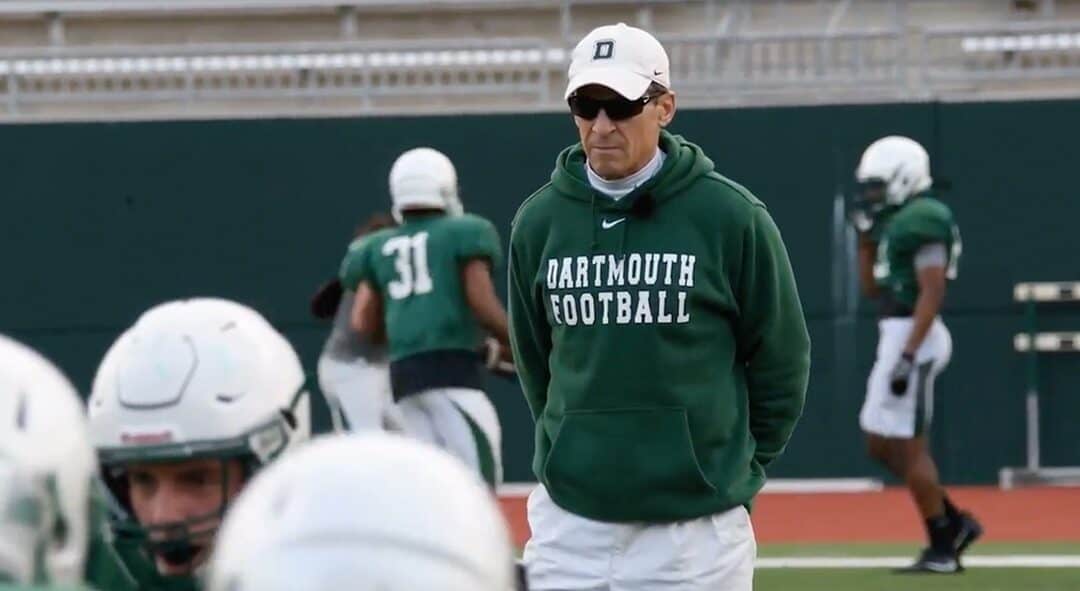 In a new video interview, Buddy Teevens, legendary coach of Dartmouth University, speaks to the unique and effective techniques his program is using to protect his players. With his incredible concept of “no Dartmouth player will ever be tackled by another Dartmouth player,” they have led the Ivy League in tackles, won a championship, and “ a whole bunch of football games.”

In 2016, Dartmouth installed a state of the art athletic field in order to maximize the safety for its players.  Dartmouth’s Memorial Field upgrade included Brock PowerBase/PRO and it has made a noticeable difference.

“We’re far safer now than we were with our old surface,” Teevens said. “Bringing in the new turf, the Brock surface, has been tremendous for us. It’s a little bit more forgiving. It’s going to take a little less impact to one of my players.”

Coach Teevens demonstrates how safety measures taken with his players lead to a successful and winning team. Dartmouth gained notoriety when the organization implemented robotic tackling dummies instead of tackling each other and was featured in the NFL media campaign “The future of Football.” Coach Teevens highlights how coaching is changing, with an increasing eye toward player safety, and how every measure – from safer fields to practice protocols – helps make the game safer.