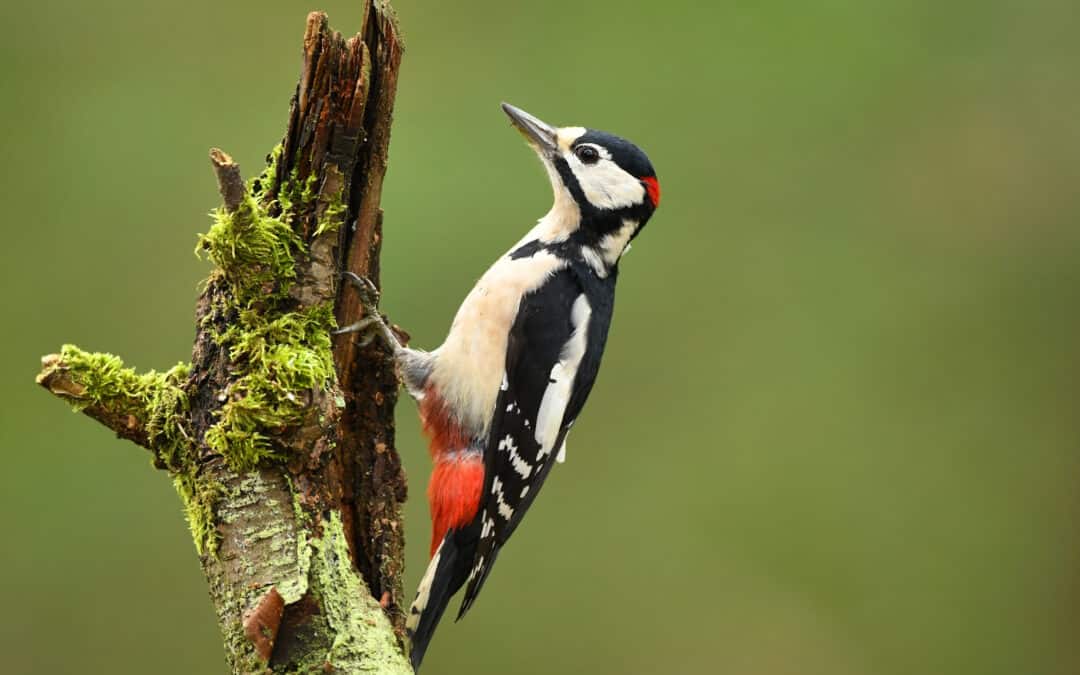 NFL collisions can measure up to 150 times the force of gravity (G’s). Concussions involve many factors, but usually occur with impacts around 80 G’s. This force is equivalent to hitting your head against a wall at 20 miles per hour.

The human body can tolerate large hits, but pales in comparison to the common woodpecker. These small birds are perfectly adapted to withstand massive force. On average, they contact trees 12,000 times a day at 15 miles per hour. Woodpeckers can easily withstand over 1,200 G’s with no measurable brain damage. This is the equivalent of going from 26,000 miles per hour to a complete stop in under a second. The unique features that allow woodpeckers to tolerate frequent hard hits are inspiring a new type of equipment to protect athletes and soldiers from head injuries.

Woodpeckers prevent brain damage in a fascinating way. Their tongues wrap around jugular veins to increase blood flow to the brain, allowing it to fill the entire skull. The woodpecker’s biology functions much like bubble wrap to protect and insulate the brain from damage. Unlike woodpeckers, the human brain has room to move and floats in cerebral spinal fluid. This allows the brain to “slosh” around, and many concussions are attributed to this movement after impacts or sudden motions occur. Modern helmets prevent most cranial fractures and skull trauma, but can do little to stop traumatic brain injuries that are caused by slosh.

Minimizing the slosh effect has clearly been effective in minimizing brain damage to woodpeckers, and has even been observed in humans. At high elevations, the brain increases in volume which leads to less room to move around the skull. A study found that NFL athletes suffered 30% fewer concussions at higher altitudes, likely due to this “bubble wrap” effect.

Its not realistic to move all athletic competitions to higher elevations, but new technology may provide an alternative. The mechanisms that protect woodpeckers are being imitated to design a snug fitting collar. This collar could be work by the athlete to put pressure on the jugular vein and increase the blood flow to the brain.

The woodpecker’s brain is also supported by extremely strong neck muscles, and is surrounded by a thick, spongy bone. The bone creates a mesh-like barrier to protect the brain and allows force to be spread evenly after the impact, rather than concentrating in one spot. The woodpecker’s specialized anatomy could be reproduced in all types of safety equipment. If these new technologies are proven to be effective, they could be one more tool used to combat concussions in athletes of all ages.