The Chance of Rubber Infill Causing Cancer: 1 in a Million 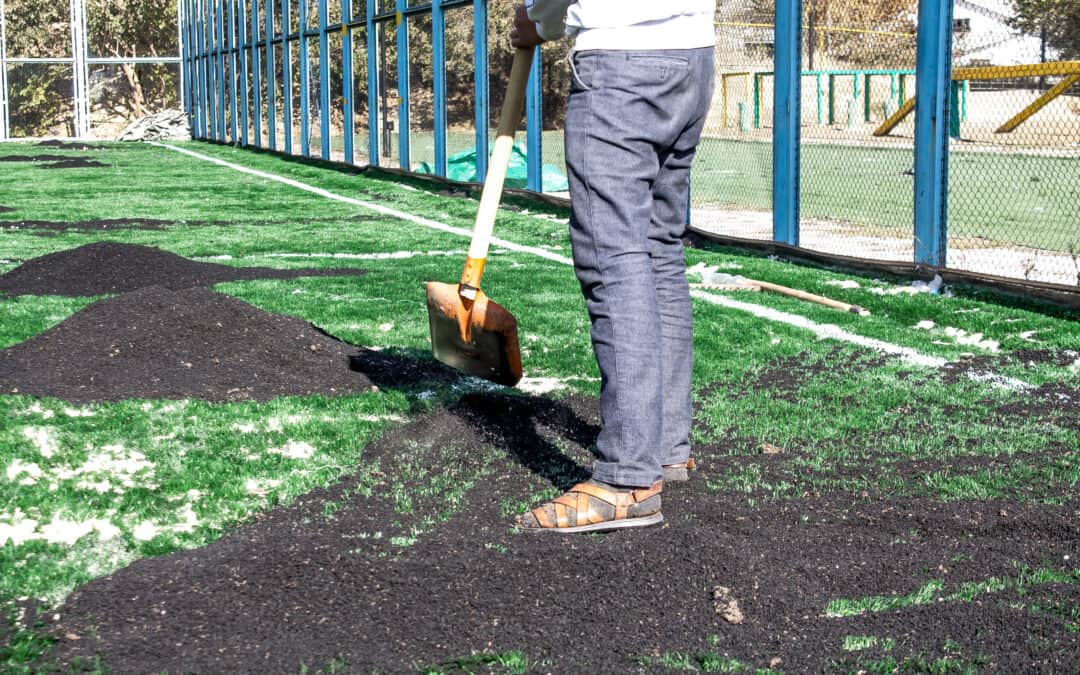 In the span of an athletic career, participants can spend thousands of cumulative hours playing on artificial surfaces. Shock pads and infill are designed to help protect players from injury and customize the field to serve the specific needs of athletes. The safety of rubber infill was called into question by Amy Griffin, a University of Washington soccer coach. She created a list of soccer players who had been diagnosed with cancer after a career of playing on artificial surfaces. After the publication of Griffin’s list, the debate about rubber infill was ignited. Despite initial concern, a Jenkins Environmental Inc. study concluded the “likelihood of developing cancer due to contact with the surface is less than one in a million.”

The $200,000 Jenkins Environmental Inc. study began in August 2015, and tested the rubber infill, soil underneath, and air quality around five different artificial fields. The study was funded by the Cal Ripken Sr. Foundation, the sponsor and builder behind the tested fields. The foundation has created hundreds of “Youth Development Parks” in cities across the United States. These are multipurpose, low maintenance turf facilities designed to provide recreational and educational opportunities to children in at-risk communities. The foundation was prepared to remove the rubber infill from every Youth Development Park if the study proved crumb rubber posed a health risk to athletes.

The testing included days where field temperatures were over 100 degrees to measure for chemicals that vaporize when heated. Micheal Cirri, the president of Jenkins Environmental, says the firm has “the data to stand behind our conclusion. The analysis in the report is extensive.” The report showed rubber infill contained chemical concentrations well below the amount allowed in children’s products, and suggested no cause for concern.

Dr. Michel D’Hooghe, Chairman of the FIFA Medical Community, released a statement supporting “there is no evidence of a link between contracting cancer and playing on artificial turf.” Other independent studies have found similar results. The European Chemicals Agency said they “found no reason to advise people against playing sports on synthetic turf containing recycled rubber granules as infill material.” The European study, published in 2017, evaluated a variety of ways athletes are exposed to rubber infill, including skin contact, and accidental ingestion or inhalation. The EHCA suggested basic hygiene practices, like hand washing and cleaning cuts, would further reduce any risks from crumb rubber infill.

The Washington State Department of Health made similar hygiene recommendations, and acknowledged the importance of installing synthetic fields to “make it easier for adults and youth to be physically active.” The study concluded soccer players in Washington actually had lower rates of cancer than Washington residents of the same age, noting “physical activity can slow the increase in the proportion of adults who are obese, reduce rates of chronic disease, and improve the quality of life.”

Multiple independent studies have concluded chemical exposure from rubber infill is not a health risk for athletes who play on artificial turf. Research on the topic is ongoing. Notably, the Environmental Protection Agency (EPA) is expected to release a comprehensive assessment on crumb rubber infill. The EPA study seeks to fill knowledge and data gaps the existing research has left. The study began early in 2016, and expected to be completed later in 2017. The EPA is investigating 40 fields, a sample size much larger than Jenkins Environmental Inc. This research will give parents, athletes, and coaches peace of mind so they can worry less about the surface, and focus on the game.