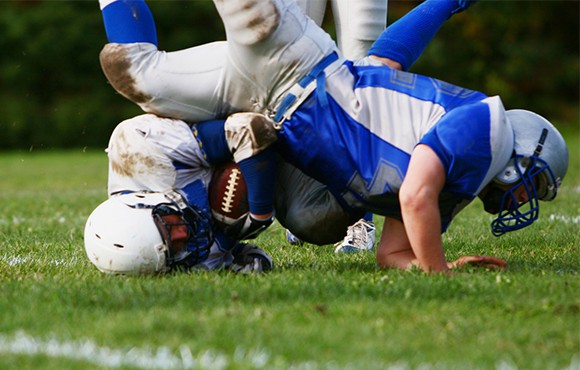 In December 2012, researchers at the University of New Mexico reported that the effects of concussions may linger for months in children. The team studied 30 children between the ages of 10 and 17, performing brain scans and administering cognitive tests. Half of the children had recently suffered concussions in which they’d lost consciousness and shown an altered mental state.

Two weeks after their injuries, children with concussions showed small deficits in their cognition and changes in their brains’ white matter, compared with those who hadn’t suffered brain injuries. White matter consists of nerve fibers surrounded by the insulating fat called myelin.

But three months later, while their other symptoms had disappeared, brain scans still showed changes in the white matter of children who had suffered concussions, they reported in the Journal of Neuroscience.

“These findings may have important implications about when it is truly safe for a child to resume physical activities that may produce a second concussion, potentially further injuring an already vulnerable brain,” Andrew Mayer of the University of New Mexico, who worked on the study, said in a statement.

Studies in adults have shown that the brain’s white matter changes after a concussion, but the severity of the changes seen in the children in this study was larger than what studies of adults have shown, Mayer said. This may mean that children are more susceptible to the effects of brain injuries, he said.

Dr. Christopher Giza, a brain injury researcher at the University of California, Los Angeles, said future studies should investigate whether the structural changes revealed in the brain scans have clinical implications for kids. Giza was not involved in the study.

“Further work is needed to determine whether the changes in white matter present at four months represent a prolonged recovery process or permanent change in the brain,” Giza said in a statement.

This content was excerpted from My Health News Daily. Visit the Society for Neuroscience to learn more.