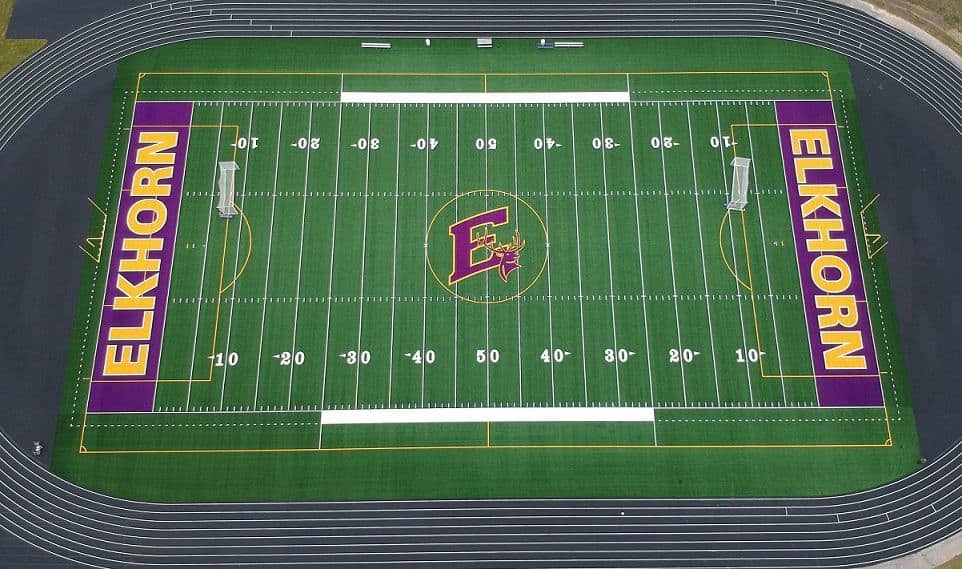 The Elkhorn athletic campus has positioned themselves as a successful model for high schools looking to make significant athletic facility improvements.

Elkhorn leaned heavy on feedback from the community about the fields and the referendum vote included a stipulation to not use SBR rubber in the stadium and indoor facility fields. These are actually the first field in Wisconsin to use natural infill for its synthetic turf field. Elkhorn is also one of only a few schools in Wisconsin that have an indoor training field.

“I would say that the new AstroTurf fields have allowed us far greater opportunities to practice and play than what we have had in the past. We are able to structure our practices with certainty that we are going to be able to have a safe surface to play on. It has also allowed our community youth groups to have greater opportunities to practice,” said Elkhorn Athletic Director Daniel Kiel.

The fields themselves are top of the line. For the indoor and stadium fields, Elkhorn installed an AstroTurf DT-32 system over a Brock Powerbase shock pad. The softball fields now have infields made of the AstroTurf RootZone Diamond-I RBI turf system. These systems are perfect for the durability and performance that will be required by the Elkhorn athletes and the heavy use that these fields will get throughout the year.