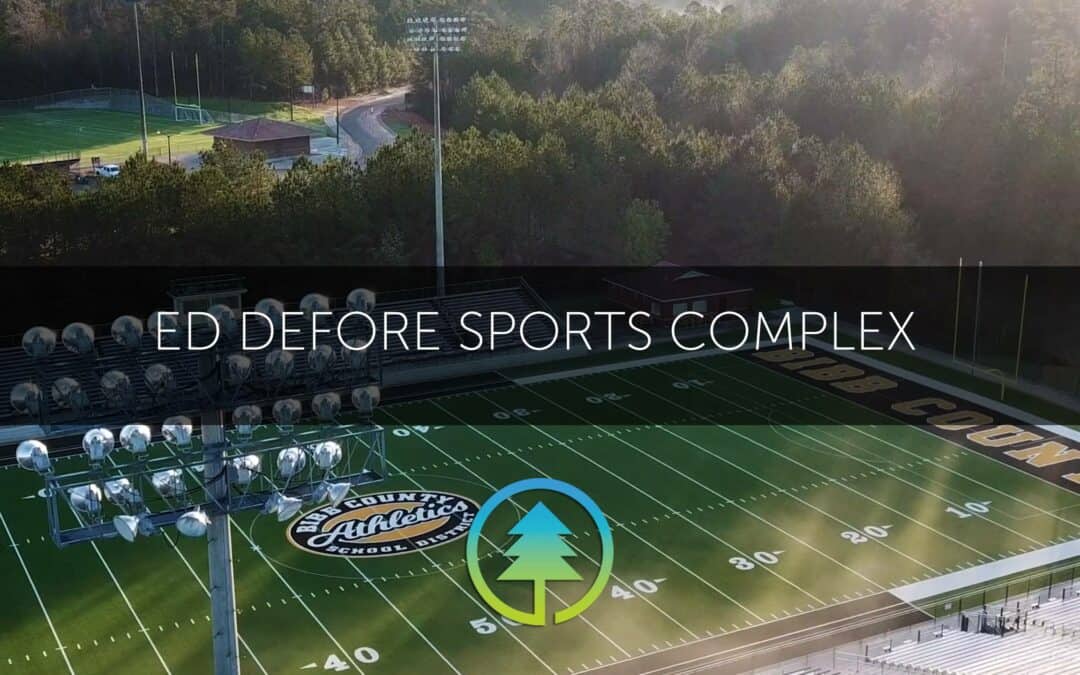 After reading research, field visits, and investigation, Macon-Bibb County made the decision to create a safer, higher performing playing environment for their student athletes. Ed Defore sports complex was scheduled to have two fields renovated this spring and chose Brock PowerBase/YSR shock pad systems to go under their AstroTurf 3D3 Blend HD turf system with rootzone for both. The timing was prophetic since BrockFILL, a new advanced organic infill, was being manufactured just down the road in southern GA. This advancement in artificial turf technology significantly cools the field, is non-resilient – making it faster and more natural to play on, and is environmentally friendly.

“Heat here is crazy, especially in the months here that we play football, so that was a huge factor for us,” Hester said. “With the technology that’s out there now you have to think safety before you think anything else. I felt that once we chose Brock(FILL), it was a no brainer.”

The combination of BrockFILL, the PowerBase/YSR shock pad system, and AstroTurf’s high-density, low pile height turf create a firm, fast surface for the athletes.  This was an important factor for the West Side Seminole coaching staff.

“You can get out of cuts quicker. The wide receivers the running backs, the line backers, those kids are explosive kids, so they try to get from point A to point B as fast as possible. This type of surface helps that because it’s not as bouncy as the rubber beads,” said Head Football Coach “Spoon” Risper. “You want a fast surface. The skilled athletes love it, and even the linemen these days, they love a fast turf. That’s one of the main things you’re looking for in playing on turf.”

Ed Defore complex has two sports fields adjacent from one another. The first to be installed was the soccer field. This system utilized a crumb rubber/sand infill with a zeolite top dressing to help with cooling. The district’s soccer season happens in the spring time when temperatures do not reach the dangerous levels found in the late summer, fall when football is played. Heat wasn’t as big of a concern for the soccer field, according to Hester, but the impact attenuation was a major concern for both fields. That’s why the district went with the PowerBase/YSR shock pad system for both fields.

“It’s a great peace of mind knowing that shock pad is underneath there,” said Risper. “Of course you can’t prevent all concussions, but this is a huge step in helping to prevent concussions.”

The new fields at Ed Defore complex were designed by Don Carter at Carter Engineering Group, Inc. With over 35 years experience and over 200 fields installed, Carter knew what was important for the district beyond creating a safe playing environment.  He was concerned with drainage and maintenance for the fields.

“In the field we work in, it’s a lot of publicly funded schools and they don’t have a lot of maintenance staff or they’re stretched for other duties and they might not have the experience and background to properly maintain a turf field,” Carter said. “And  drainage is important for playability and longevity of a field.”

Drainage was also a factor for Hester and the decision-making team behind both fields. “With the design of the drainage and the design of the pad, we wanted something where if we had a torrential downpour, we could get the water off the field and play,” Hester stated.

Carter was confident in the systems drainage capabilities because of the fields he had designed with the Brock PowerBase/YSR drainage system the previous year. “The system has been tested here. Last year we had some record rainfalls and the fields we have here didn’t see any problems at all,” said Carter.

The excitement is palpable now that the fields are in place and ready for the athletes to strap on their cleats and start playing. Even as the fields were being built, Coach Risper and his players would sit atop the bleachers and just look at the field.

“We just look at it because it’s just so beautiful. It just brings this whole stadium back to life. We’re really pumped about it,” said Risper. “I just have to get out on this field because it’s been such a long time coming for our community.”