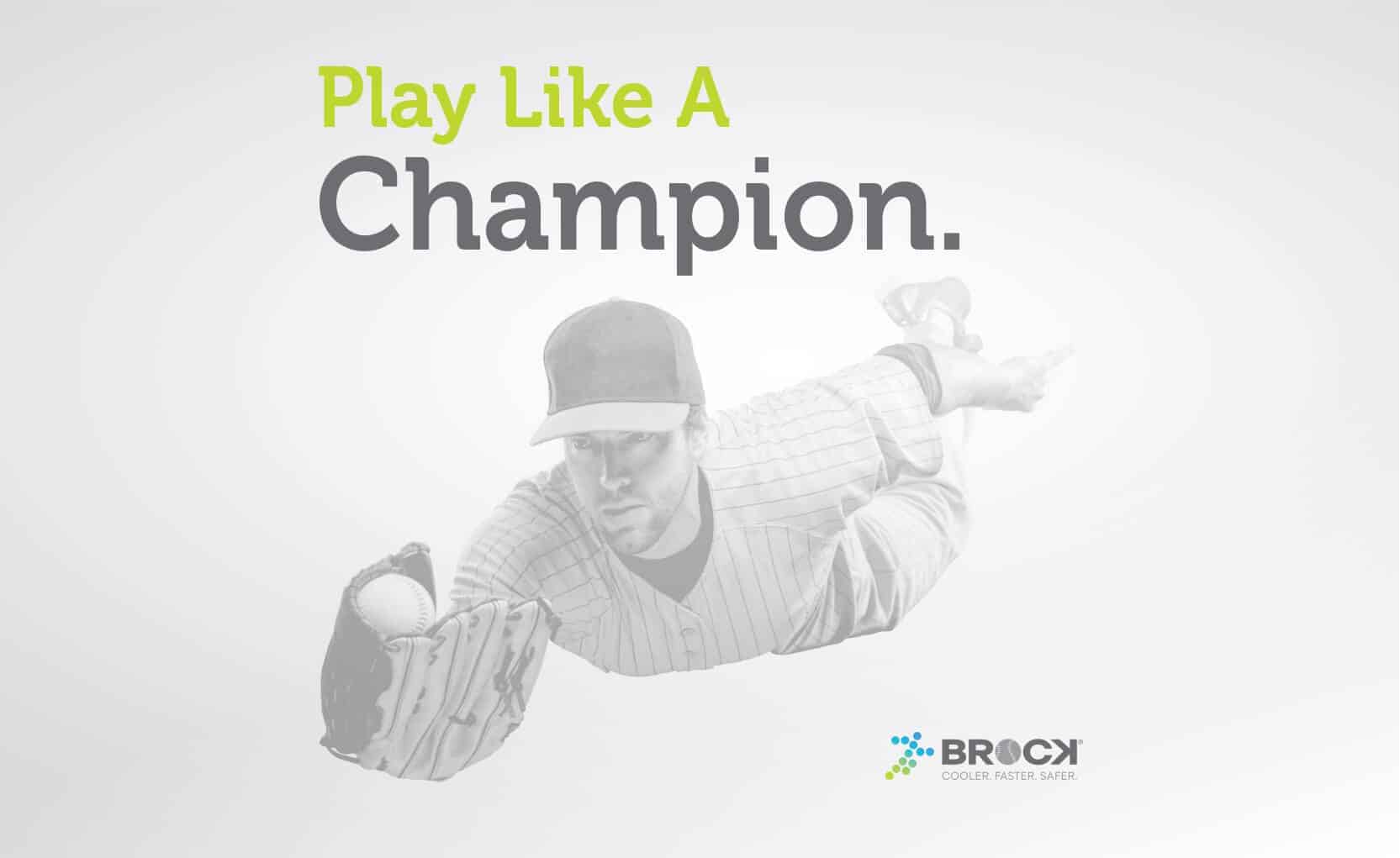 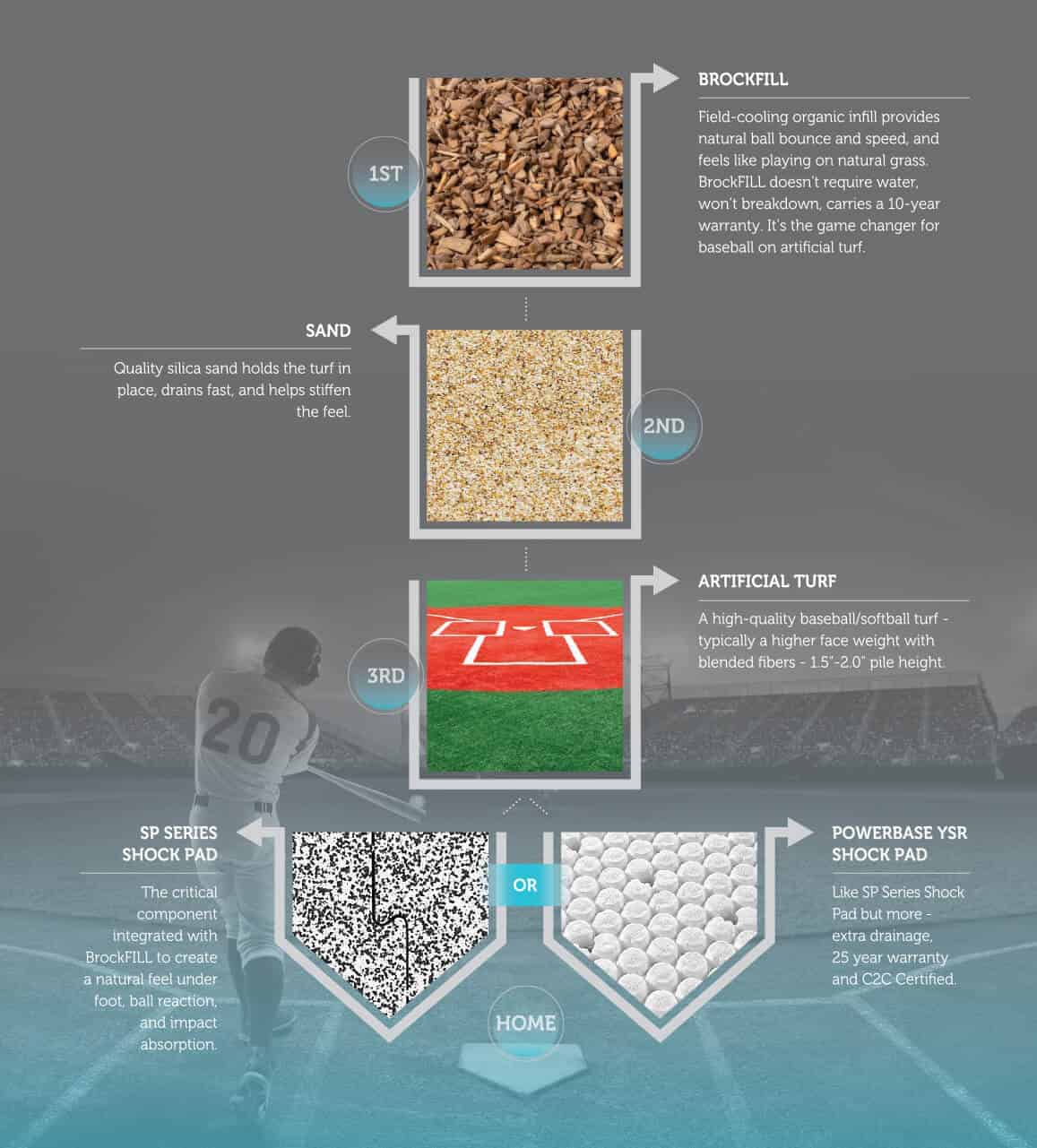 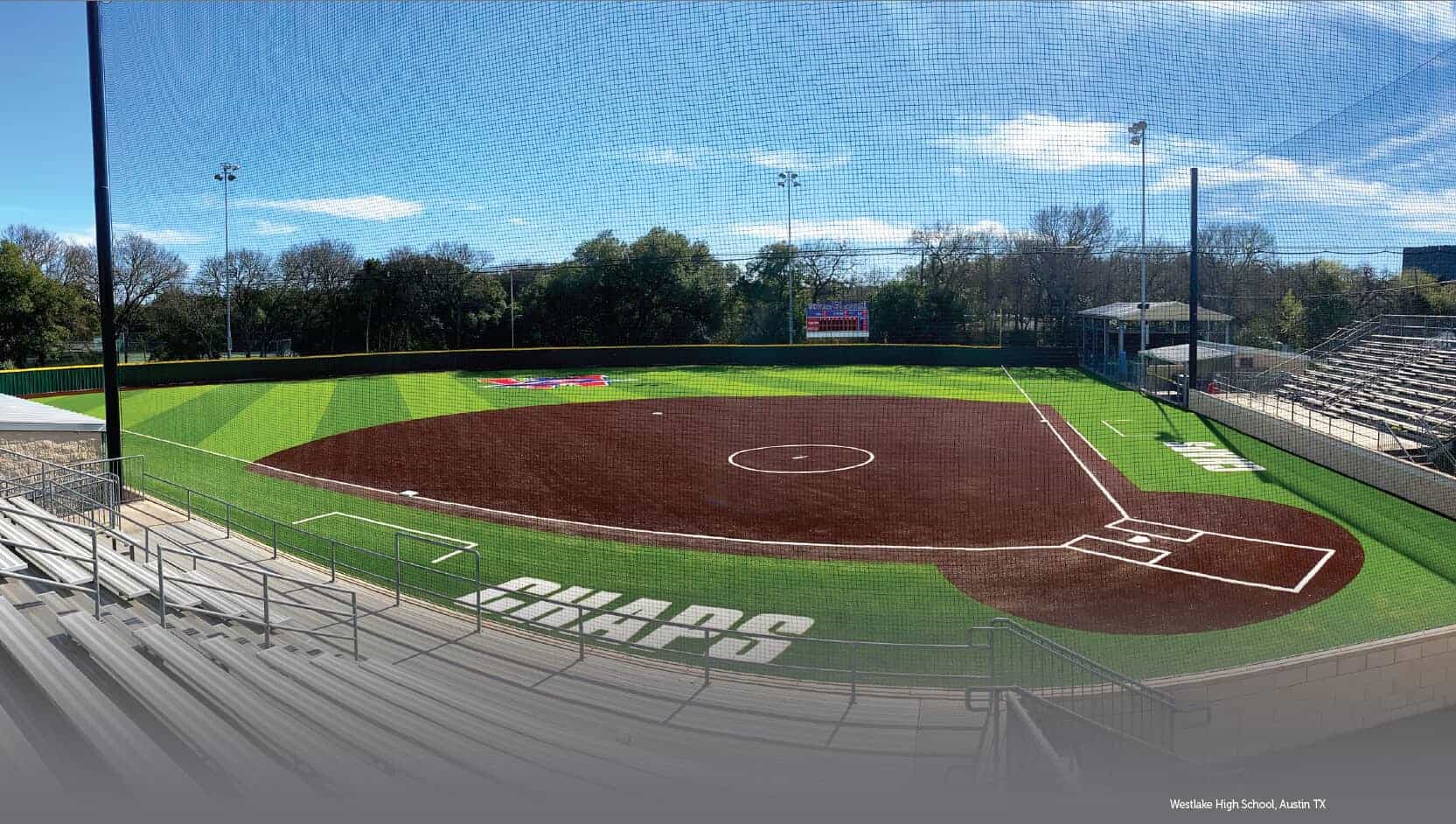 It’s the bottom of the 9th, your team is down by one, batter up. The crack of the bat, the speed of the runner, the shouts of the crowd – ”GO! GO! GO!”

But the shortstop is fast on his feet, he snags the ball, with an acrobatic throw he rips it to first base and the batter is …?!! All this thrill happens in mere seconds.

Unless the surface being played on sucks.

The ball takes a weird bounce, it’s slow to run on, it’s so hot the players are suffering. Until now, this is what most traditional artificial turf brought to the game. But no more. Finally an artificial turf field specifically for baseball and softball that truly plays like natural grass.

We understand the science of baseball.

The baseball is a fast moving object, and a natural ball bounce makes the game more exciting. Unlike rubber, the ball won’t slow down, skip or have wild hops on BrockFILL because it’s a natural, non-resilient infill like the soil in natural turf. Athletes play truer to their game without adjusting for differences in field conditions. 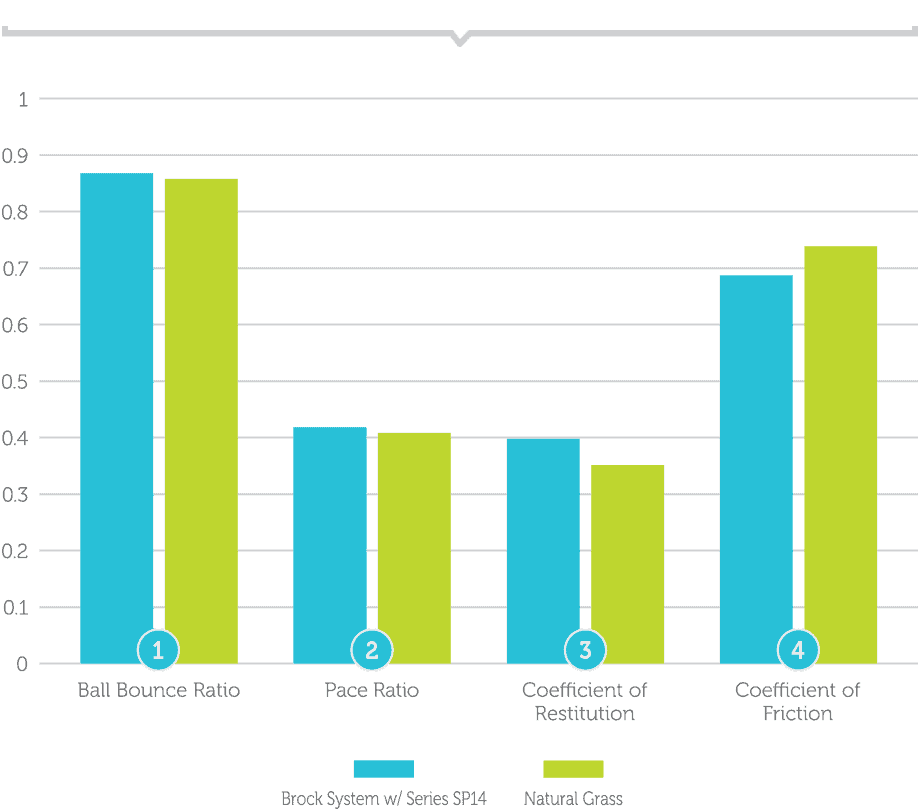 The change in vertical velocity of the ball after ground contact. The higher the COR, the faster the speed of the ball vertically.

A measure of the friction between the ball and surface during impact. A higher COF will result in a slower horizontal ball speed and a greater change in the ball’s spin.

BrockFILL can cool the field 20-50 degrees F compared to rubber infill. Plus, the lower conductivity of BrockFILL doesn’t melt the soles of your cleats! Lowering the surface temperature keeps your athletes cooler, safer and performing at a higher level for longer, which is especially important when playing doubleheaders!

The goal was to create a surface that allowed the purity of baseball/softball to be unaffected by the surface. So we measured ball speeds, ball bounce angles, traction for the players, and more on good quality natural turf fields. We also needed to mimic the feel of a natural surface under foot, and we know that the crumb rubber in artificial turf gets brutally hot.

The results gave us the road map for an artificial surface like no other for baseball/softball. And it’s a surface that performs great in both dry and wet weather conditions. 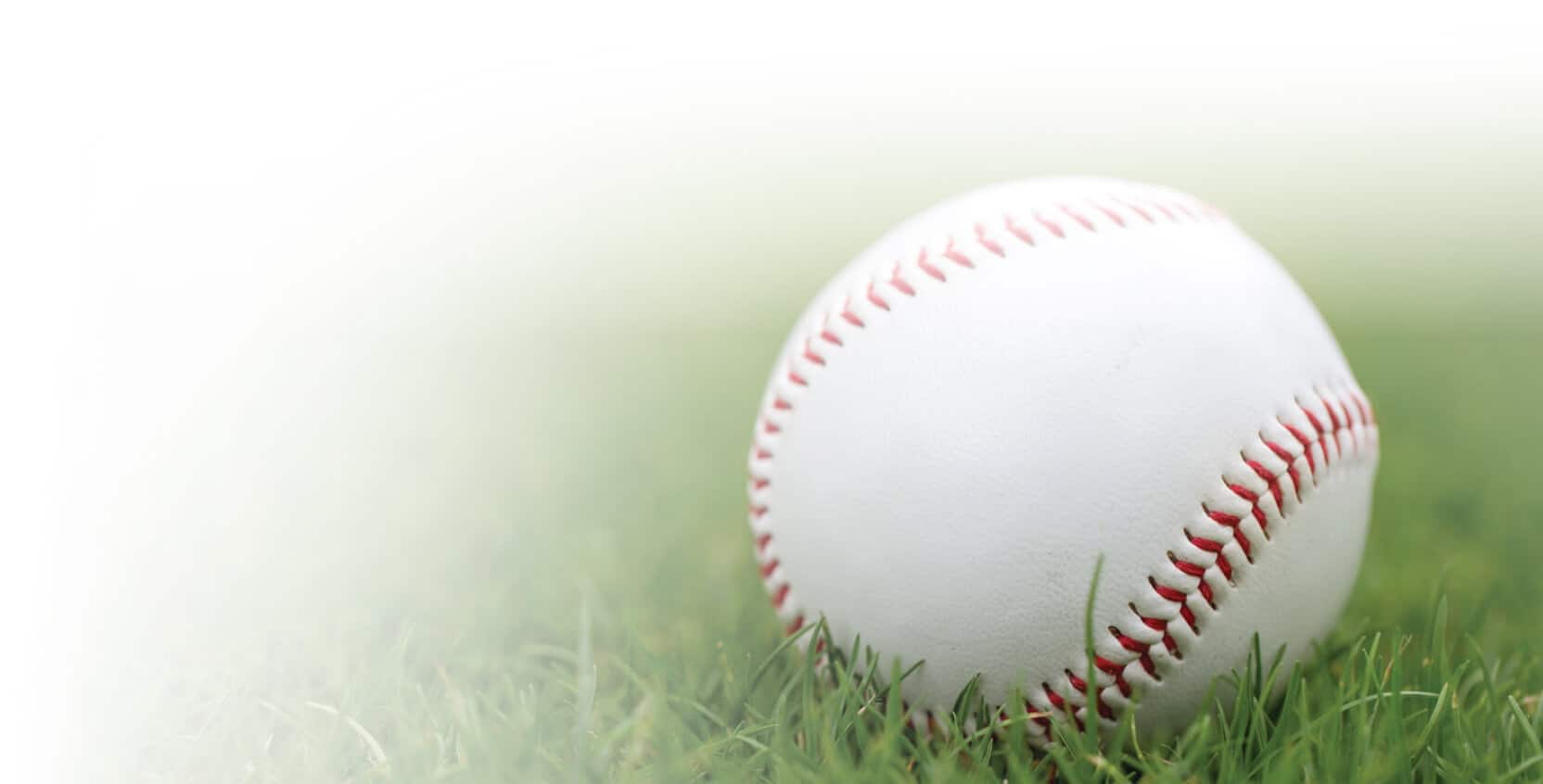 Covering all the bases.

We used all the test methods for an artificial sports surface so we could prove that the field feels natural under foot, absorbs impacts, and delivers traction like a high quality natural grass field. Plus drainage is superior to natural turf, so the game can go on even after a heavy downpour. 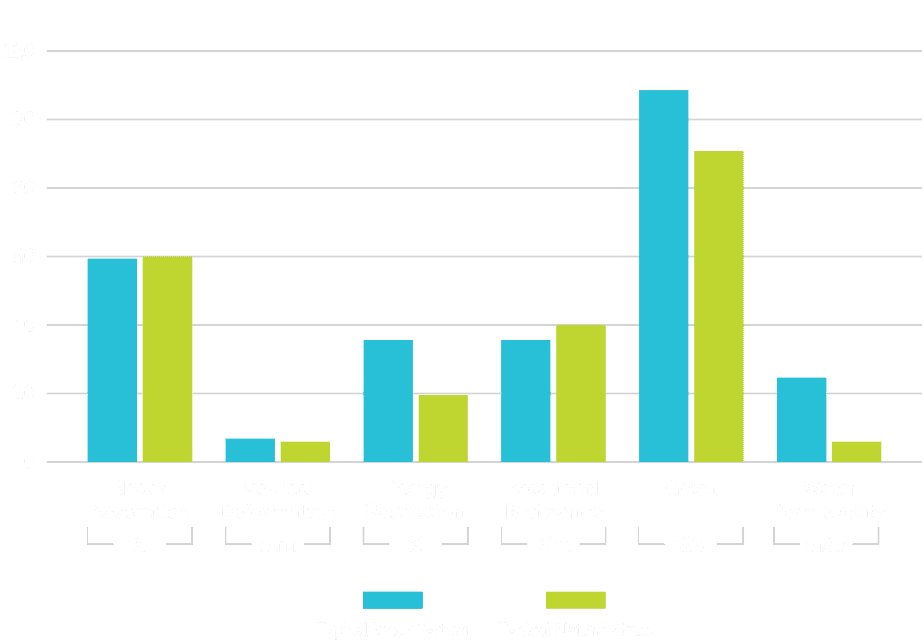 We used high-speed photography on a baseball player making a cut on crumb rubber and BrockFILL. You can see the plumes of rubber and the foot sliding vs the stability of BrockFILL. The instability caused by rubber is one main reason athletes prefer to play on natural turf vs. artificial turf with rubber. Rounding the bases at full tilt requires sure footing.

Using high-speed photography, you can see how BrockFILL will provide better footing than rubber infill. In a study conducted by biomechanics researchers at Colorado State University, more foot movement and longer cleat release time was seen on turf with crumb rubber vs turf with BrockFILL. In separate testing at the University of Tennessee, artificial turf with BrockFILL showed traction forces just like high quality Bermuda and Kentucky Bluegrass natural turf. 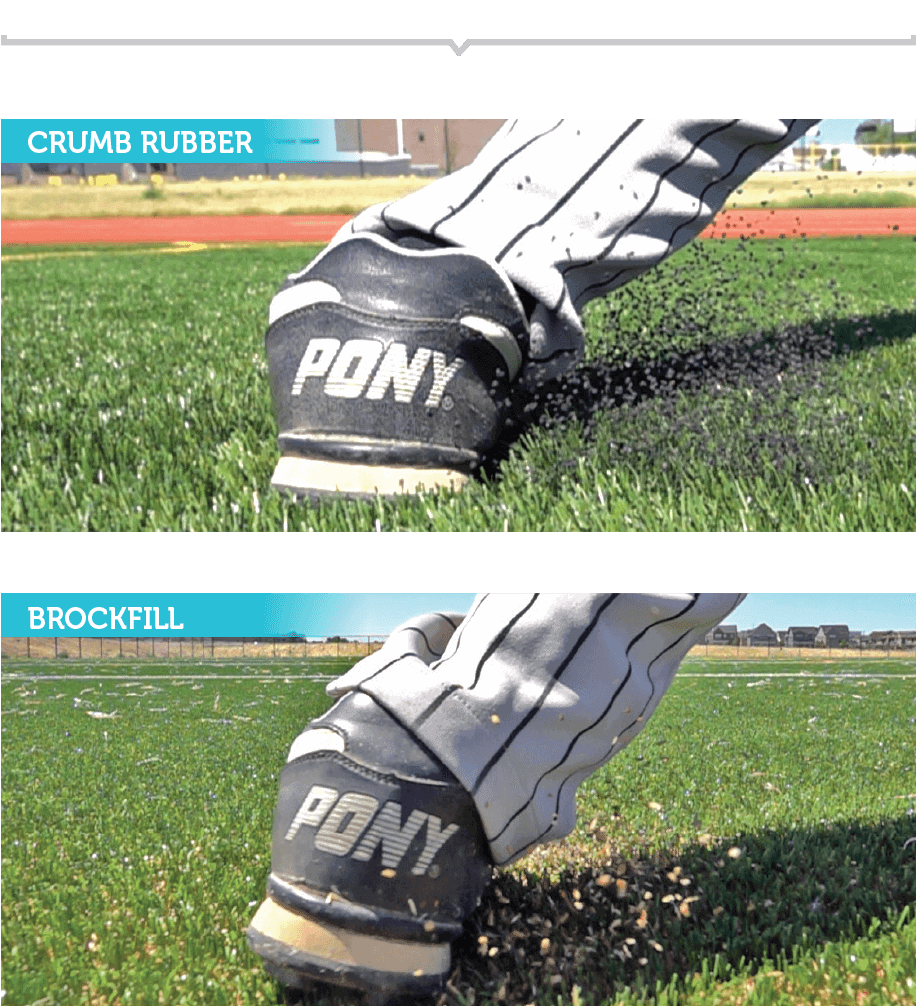 Besides field temperature, abrasion is the most common complaint from athletes about artificial turf. Sliding into bases means having a smoother surface is critical. Labosport, a premier independent sports testing laboratory, developed a test to measure the heat generated by friction as a device with the mass and speed of a real athlete slides across a turf sample. BrockFILL generated the lowest heat score, therefore the lowest abrasion, of any infill, even crumb rubber. Better yet, abrasion is even lower when BrockFILL is damp. We love raspberries, but not on the skin! 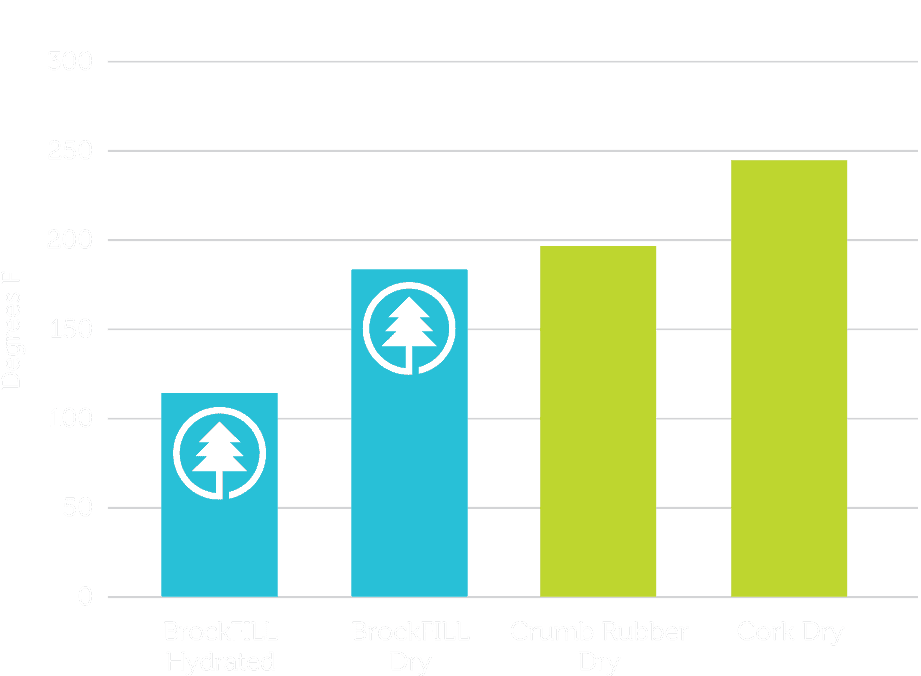 BrockFILL is more stable than crumb rubber so it moves less during pitching and sliding. One coach stated it saved her an hour and a half daily on maintenance, so she could spend more time coaching.

In the case of baseball/softball, concussions are not the main event. But impacts do occur. Having a surface that offers some compliance during those amazing diving catches is good for the athlete. Landing on a hard surface like turf installed directly over stone makes you sore after a game. The shock pad not only protects the players, but is also a key component in getting the natural ball reaction from the surface.

Baseball was born and raised as the “Great American Sport.” BrockFILL and the Series SP14 Shock Pad follow this great tradition. The Series SP14 Shock Pad is produced in Pennsylvania, and BrockFILL is grown and processed in Georgia. Other natural infills are grown somewhere else, shipped around the world for processing, then end up on your field. This is NOT an environmental choice. Local sourcing here in America ensures the quality and contaminant-free material your athletes deserve.