Arizona First in the U.S. to Mandate Concussion Education for Male & Female Athletes 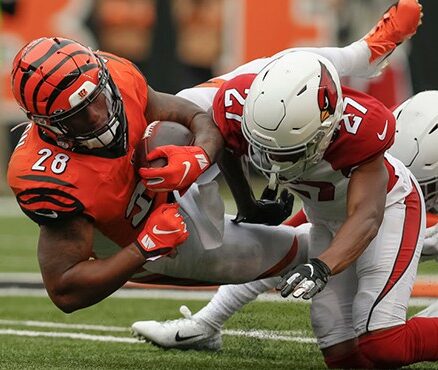 In August 2011, Arizona became the first state in the U.S. to mandate that all male and female athletes undergo concussion education and pass a formal test before playing sports. A breakthrough in concussion prevention, this initiative was formed through the collaboration of the Barrow Neurological Institute at St. Joseph’s Hospital and Medical Center, The Arizona Interscholastic Association (AIA), and the Arizona Cardinals, and should impact more than 100,000 Arizona student athletes each year.

Previously, Arizona was ranked second in the nation for traumatic brain injury. Until the launch of this initiative, there had never been a mandated education and testing program designed for student athletes to teach them about the dangerous effects of concussion.
Twenty-eight states, including Arizona, have concussion laws that require concussion education, removal from play and return to play. Arizona is the first to define and create the education directly targeting students through a new e-learning module and the AIA is the first to require that every student complete and pass the education module in order to participate in athletics. This program, designed by AIA, Barrow and the Arizona Cardinals, is expected to change the face of high school sports in Arizona.

“The AIA recognizes the seriousness of this debilitating brain injury and is proud to be taking the lead in changing the way athletes are educated about traumatic brain injuries associated in sports,” says Harold Slemmer, Ed.D., Executive Director of the AIA. The AIA is an association of public and private high schools throughout Arizona that oversees interscholastic activities including athletics in 275 schools.
“There are approximately 3 million sports-related concussions nationally each year,” says Javier Cárdenas, MD, neurologist at Barrow, who has taken a state-wide lead in concussion prevention. “Players recognizing the signs and symptoms of concussion can prevent death and disability.”

All student athletes through the AIA will receive their concussion education through Brainbook, an interactive online site created by Barrow and Arizona State University. Designed to look like a social media site, the students are taken through a series of educational content, activities and videos. At the end of the module, the students are required to pass a formal exam before being cleared to play. The module is the first collaborative educational effort between a pro football team, a hospital, and an interscholastic agency. Brainbook is currently being evaluated for implementation in other states throughout the nation.

To learn more about this program, visit Barrow Neurological Institute.