Since 2004, Brock has partnered with hundreds of schools, parks, universities, and professional leagues on their artificial turf projects. Brock is the only company that has engineered a shock pad product specifically for synthetic turf fields. You wouldn’t buy a used, recycled helmet to put on a valued athlete, and a shock pad under your turf performs the same function. Artificial turf fields are now a sophisticated system of components all aimed at mimicking a quality natural turf playing surface.

We have studied the brain, concussions, footing, speed, and how the surface impacts the athlete – literally. These fields are built for the players in your program today, but they need to last for years to come – without degrading in safety or performance. Your artificial turf field should mimic the qualities and safety of pristine natural turf as much as possible. The University of Tennessee Center for Athletic Field Safety provided the benchmarks to do just that. It also needs to work for your climate and the hours of use needed.

Shock Pads are the Standard for Modern Artificial Turf Fields

What is CTE? Turf Impacts and Head/Brain Injuries

After the controversies surrounding the NFL’s denial of the repercussions from frequent sub-concussive blows to the head, concussions were brought front and center for all contact sports. The biggest revelations came after the publication of Dr. Omalu’s article in the Journal of Neurosurgery, “Chronic Traumatic Encephalopathy in a National Football League Player.” Dr. Omalu was the chief surgeon assigned to the autopsy of Pittsburgh Steeler Legend, Mike Webster. Webster died in 2005 homeless and financially bankrupt. Much of his fall from grace has been attributed to his plight with Chronic Traumatic Encephalopathy or “CTE.” The correlation of contact sports and the long-term effects of concussions and sub-concussive blows has forced many leagues, especially youth sports, to re-evaluate how the games are played. Learn more about Concussions and CTE.

What We Know About Concussion:

1 in 5 concussions involve the head hitting the surface

Recovery from a concussion can takes months or years

Young Necks are weaker, and therefore less able to stabilize the head during impact, so young athletes have more head movement upon impact than adults 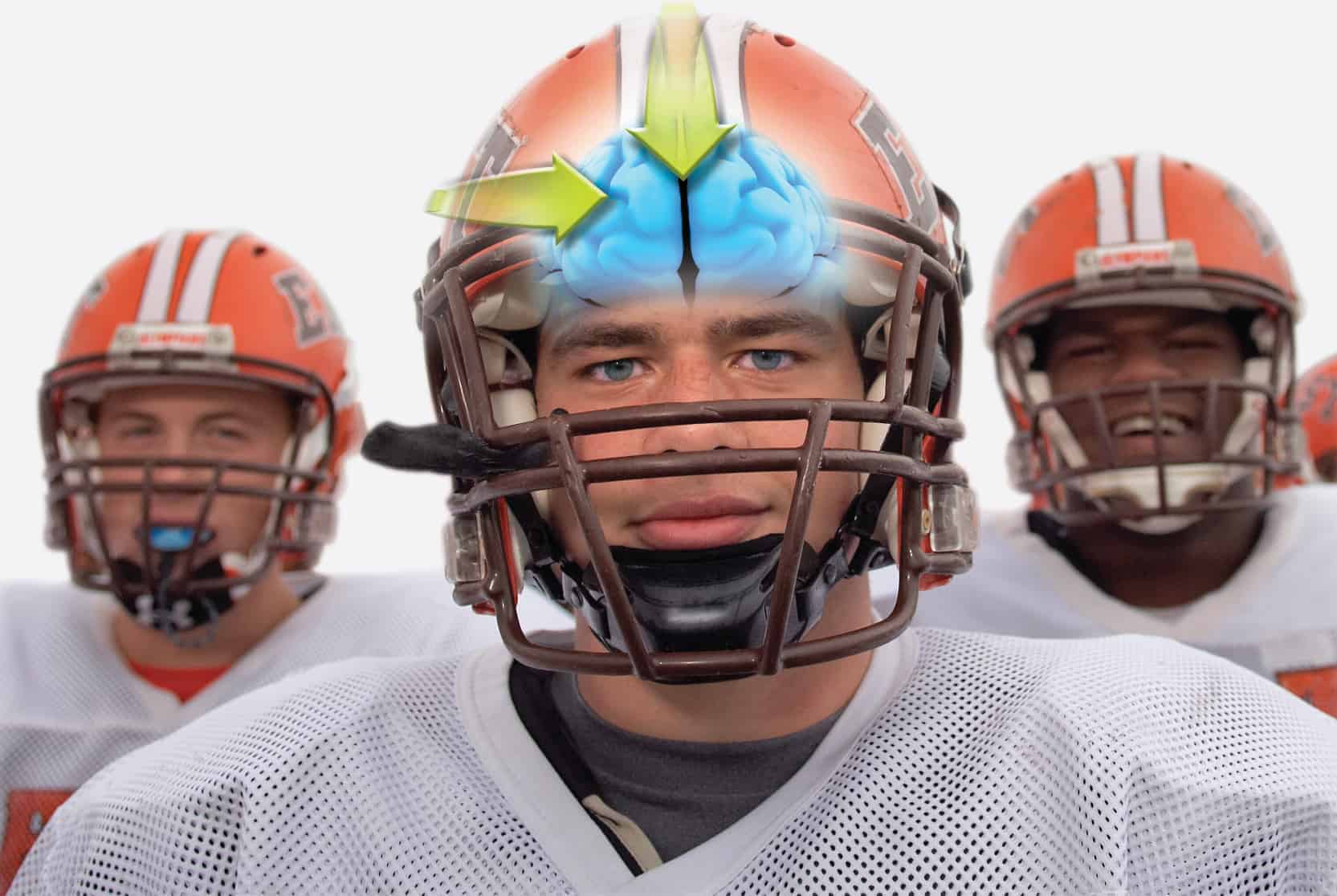 Knowing what we do now about concussions in sports we have an increased responsibility to build the safest environment we can for these kids.– A.R., Director of Facilities

What Does Reducing HIC Mean for Head Injuries

23-50% reduction in the relative risk of common head injuries on the surface. 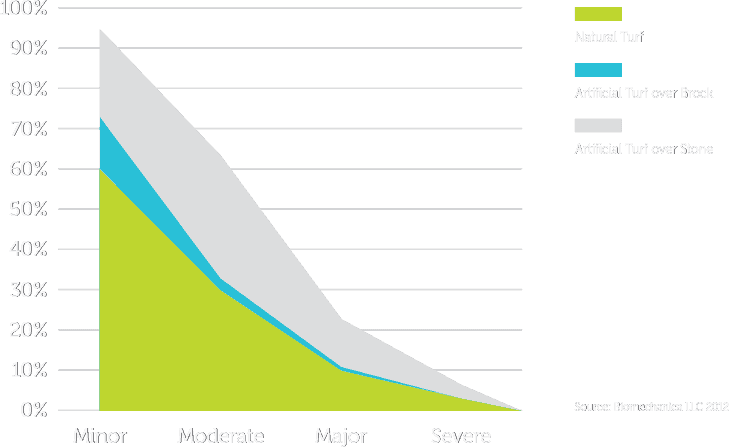 Three unique parts of the body produce different impact levels when contacting the surface, so 3 different test devices are used, each designed for a specific impact quality. 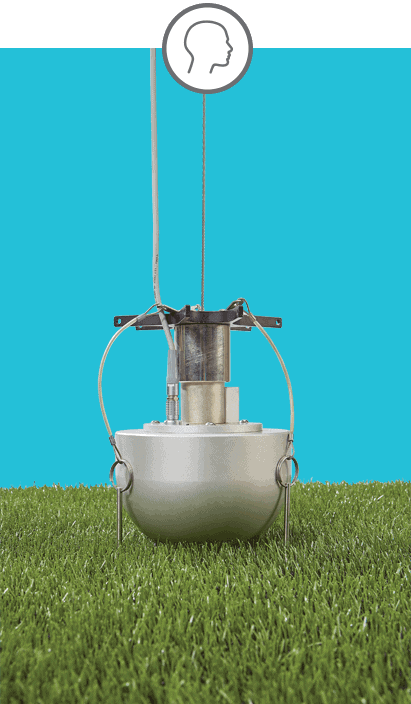 HIC is the internationally recognized test standard for head injuries. It drops a 10 lb hemispherical impacter from increasing heights to determine Critical Fall Height. It’s the same test used in playgrounds, automotive crashes, wall padding, pole vault, and the WR Reg22 standard for artificial turf. The higher the Critical Fall Height, the more protective the surface is for head injuries. 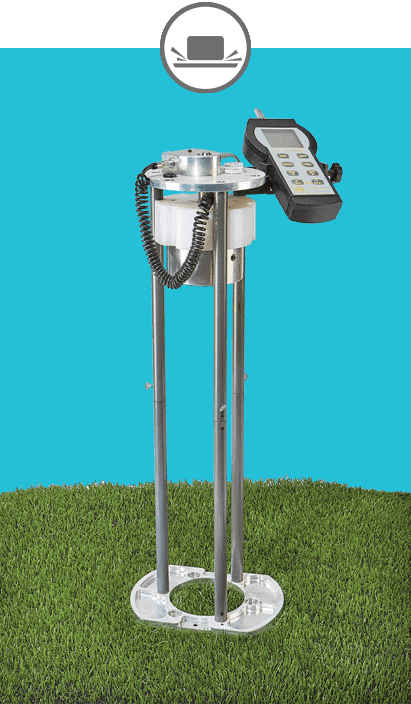 This test method covers the measurement of certain shock-absorbing characteristics, like during body impacts. It’s applicable to natural and artificial playing surface systems. It does not correlate to head injury. It drops a 20 lb flat missile from 24”. GMax is a good measurement when used in conjunction with HIC above, but as a standalone test is not a total measure of field safety. 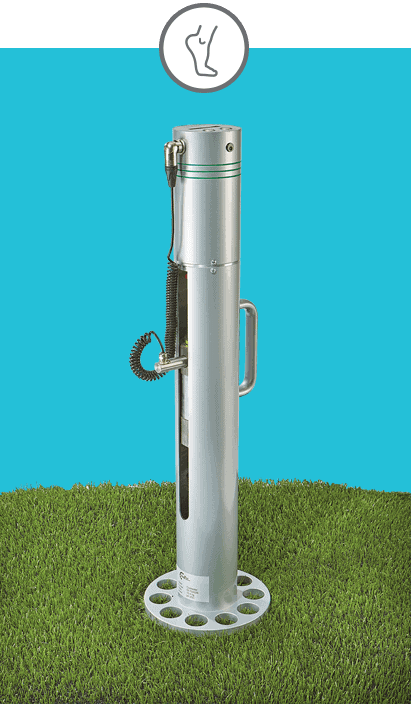